The solar power plant that is part of Tesla’s new energy project is likely to be much larger than initially anticipated.

The solar power plant that is part of Tesla’s new energy project is likely to be much larger than initially anticipated. In a presentation, Mr. Dean Haymore from the Story County Committee said that Tesla bought 1200 more acres (about 5 million m2) in addition to the project under construction and will buy another 350 more in the near future. .

Tesla and billionaire Elon Musk have not officially announced, but it is certain that this project will be expanded on a very large scale. Tesla once said that the company wants to build an energy plant to provide enough energy for 500,000 cars.

The initial plan, Tesla will build a complex area including energy storage, battery production and an estimated total area of ​​about 3 million m2. But it seems the initial estimated area is not enough, not to mention the area where solar panels are located.

If this statement is true, then Tesla’s entire solar plant system will have a total area of ​​nearly 8 million m2. According to Wiki, if built, this will be the largest architecture ever built on Earth.

Tesla is ambitious to change the energy industry around the world, with its Power Wall product and its solar power plant. When widely used, households and businesses will reduce their dependence on the common power grid and traditional energy.

However, in order to be able to power an entire country, in the future it could be worldwide with only solar power, Tesla will need a giant solar power plant. The largest solar plant in the world today is Ivanpah in the US, producing nearly 400 megawatts each year for 140,000 households. The total area of ​​Ivanpah is about 14 million m2, but most of the area is the energy field where the solar panels are located, not the factory. 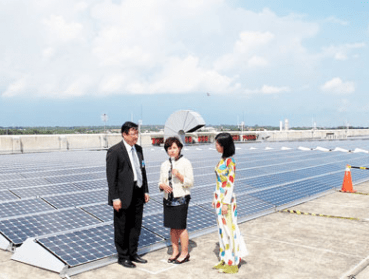 Recently, the Ho Chi Minh City People’s Committee has approved the Green Energy Program until 2015, which emphasizes the... read more 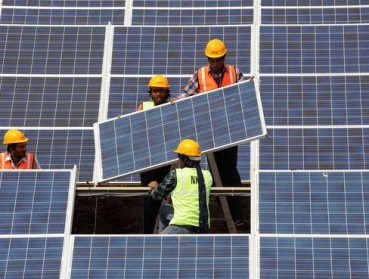